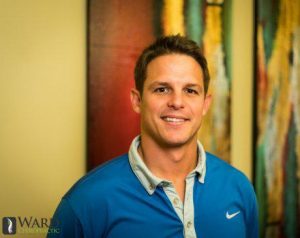 Dr. Ward is originally from Eunice, LA. After high school, Dr. Ward enrolled at McNeese State University to play baseball. He completed his undergrad at LSU before going to Parker University in Dallas, Texas to obtain his doctorate in Chiropractic. During his internship, he was 1 of 6 interns chosen to work with the Colombian Olympic team in Bogota, Colombia. Using chiropractic to overcome sports injuries growing up, led him to pursue a career of helping people do the same. Dr. Ward is considered a full body certified ART provider and is also one of the few doctors considered an Elite Provider for Active Release Techniques in Louisiana. He enjoys spending time with his son, Grayson, his daughter, Bray, and his wife, Dr. Patti Ward. Attaining health through chiropractic, exercise, and nutrition is his lifetime passion. 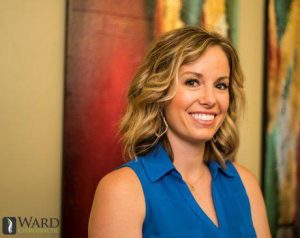 Dr. Patti Bray was born and raised in Byers, Texas. Even as a little girl, Dr. Bray was passionate about helping people. Following graduation at Byers High School, she attended Midwestern State University in Wichita Falls, Texas. At MSU, Dr. Bray pursued a biology degree with a minor in chemistry. However while attending MSU, she began suffering from migraines. After seeking Chiropractic treatment, her migraines diminished significantly. Immediately, it became apparent to Dr. Bray that chiropractic therapy was going to be her life’s work. Three and a half years of intense, concentrated studies, followed by a rigorous internship, Dr. Bray graduated Parker University in Dallas, Texas. She was presented with her doctorate of chiropractic, as well as, a bachelor’s degree anatomy and a bachelor’s in health and wellness. Patti enjoys spending time with her husband, Dr. Jeremy Ward, their son Grayson, and their daughter, Bray. Dr. Bray also has a knack for baking, a love for all sports, a passion for reading, and is an active church member. Dr. Bray is a member of the ICPA (International Chiropractic Pediatric Association).

Font Resize
Contrast
Accessibility by WAH
Call Us Text Us